Greater Manchester Combined Authority (GMCA), on behalf of the Mayor, is currently consulting the public (anyone – not just residents of Greater Manchester) on the future of the region’s buses.

We believe there is a better alternative to franchising in the form of a partnership, which won’t cost taxpayers anything extra.

We have set out what bus operators are offering here and what is actually being offered by the franchise proposal below.

We believe the franchise proposal is different to what the public wants, as evidenced by the headlines and comments to date, such as “Travel pass charge will derail our pensioners” and “Let me guess who pays for this brilliant idea…….”

If you agree that partnership is a better alternative or you simply don’t want higher taxes to fund public transport improvements then please have your say now. The consultation is open until Wednesday 8 January 2020 and we urge you to respond if you disagree with any aspect of the franchising proposal, ensuring your voice is heard and taken into consideration by the authorities.

We all agree bus services can be improved.

GMCA is proposing a franchising scheme for the whole of Greater Manchester.  This means that the current system where most bus services are provided without subsidy is replaced by one similar to how rail services are currently operated. Contracts would be designed by GMCA and awarded to the lowest price bidder, who will be guaranteed a share of profits for delivering bus services in the region.

GMCA says that bus services are failing and that this is down to the individual bus operators as they currently decide their own routes, timetables, tickets and standards. In the areas where there is low demand for bus services, the public sector currently pays to fill in the gaps in the market where it can. What is going unsaid is that GMCA has cut the money they spend on filling these gaps in services, from £45m in 2010 to £27m this year. 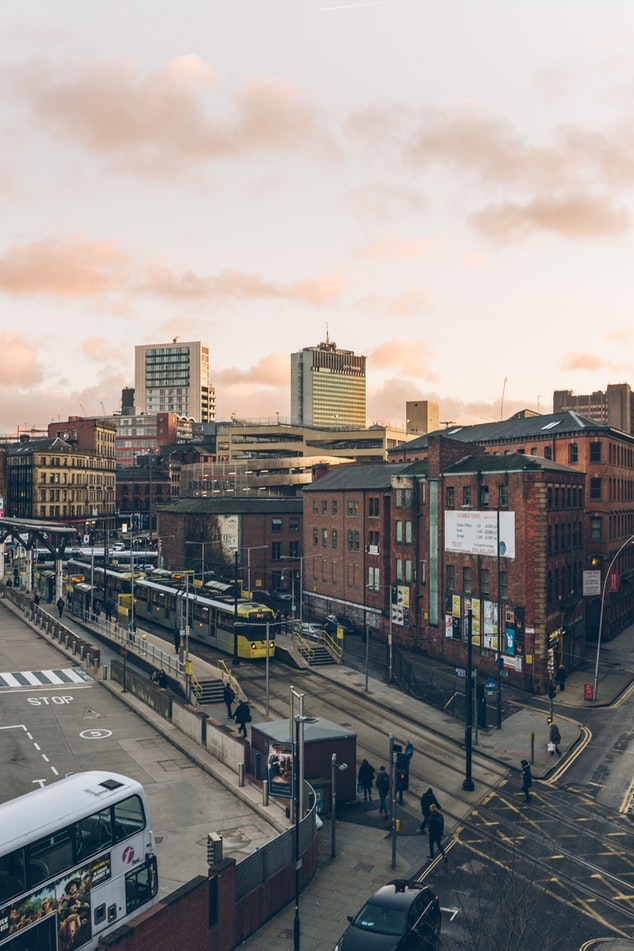 Bus operators want to make improvements, at no additional cost to taxpayers. And we want to work together to grow bus usage as a result. The franchising plan from GMCA reveals that it expects to see passenger numbers under its watch fall by one in four, losing 45 million passengers over the next twenty years.

When you consider the future of buses and how your taxes are being spent you should be aware of the current reality of buses in Greater Manchester.

80% of all public transport journeys are made by bus.

9 in 10 customers are satisfied with bus services in Greater Manchester – exactly the same as customers who use Metrolink (which is publicly owned). Bus passenger satisfaction in London, which operates under a franchise system that is currently running up a £700m annual deficit, is lower than both, at 8.5 in 10.

To travel on any bus within Greater Manchester with one ticket currently costs £19 for 7 days unlimited travel. This works out at just £2.70 a day and is 10% cheaper than in London and many other UK cities. The equivalent 7 day ticket in London is £21.20. However, by the time GMCA’s annual ticket price rises of inflation+1.4% a year are applied under franchising, it won’t take long until Manchester residents pay more than their London counterparts.

Meanwhile, bus operators in Greater Manchester have already worked in partnership with local authorities and the Mayor to give students and jobseekers discounted fares, and 16-18 year olds get free travel. 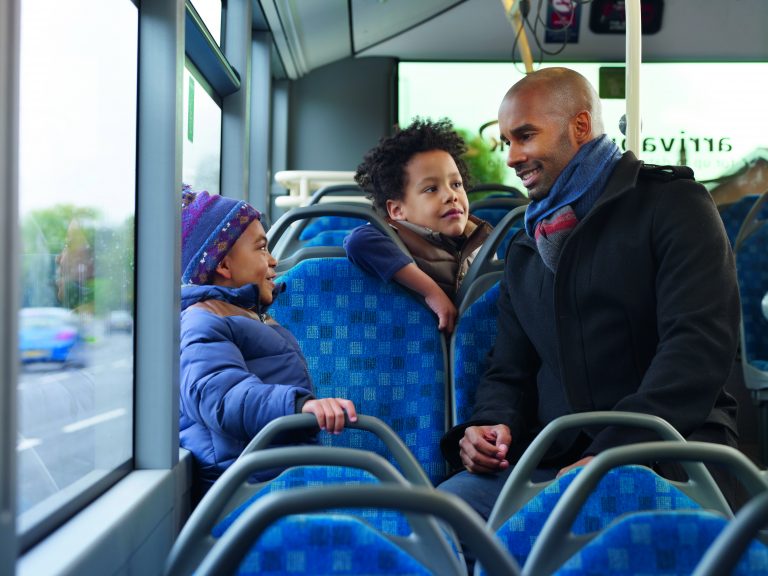 People who use buses currently have the choice of either operator specific-tickets or tickets they can use on any bus, or on bus/tram, or on bus/rail, so they can choose the best value option for them. This is called System One.

Bus users also have access to live bus journey information via their smartphones; you can buy tickets and plan your journeys via easy-to-use apps; and benefit from on-bus Wi-Fi available on most buses.

While we don’t consider this to be failing, we do agree things could still be better.

What does the franchising proposal offer?

If you’re struggling to even read the 140 pages ‘short version’ published by GMCA as part of its public consultation, fear not, we summarise the key points for you here:

You may have read lots about bus operators “having control” and not having to answer to anyone.  This is simply not true.  Bus operators are heavily regulated by the Traffic Commissioner, Driver and Vehicle Standards Agency (DVSA), Health and Safety Executive (HSE), Competition and Markets Authority (CMA), and consumer protection law (Reference: 4.71).  These regulators control who is allowed to run buses and have the powers to fine or stop unsafe or unreliable operators.

Importantly we also answer to our customers.  We do this by providing routes where there is a demand for travel. And with around 60% of passengers having a choice of whether to travel by buses, prices are set with customer demand in mind, not just costs.

Will there be any increases in the number of bus routes under franchising?

Despite claims in the franchising consultation document that there are gaps in the current network, there are no specific plans to introduce any extra routes. (Reference: 4.30i)

No. Under the franchising proposals, the plan is to reallocate existing resources away from popular bus routes, which will lead to over-capacity buses and less regular services on the busiest routes. However, there are no details in the proposal about which services or frequencies in particular will be cut and subsequently who that will affect. (Reference: Assessment document 6.3)

Will bus fares go up or down?

No. Within the franchising proposals there is nothing that will address these issues and passengers will see no improvements in these matters over the five-year period it will take to roll out franchising over the whole area (Phase 1). GMCA already has the powers to tackle clean air and congestion, but has chosen not to use them.

There is mention of a Phase 2, where changes that would make a real difference to passengers may be introduced, including modernised, greener buses, bus priority lanes and other congestion-tackling measures, together with simplified bus branding. However, the proposal states there are “no committed funds” or a planned timescale for these. So the question of when this would happen remains uncertain, but taxpayers would certainly be required to cover these costs. (Reference: 4.36, 4.62)

Will franchising stop the decline in bus use?

The number of bus journeys in the Greater Manchester area is falling. There are many reasons for this, including congestion, changes in working patterns, car ownership and, particularly, the expansion of the Metrolink tram network. The proposal makes it clear that franchising will not stop the decline, despite spending millions of pounds on planning and implementing the new regime. In fact, GMCA projections (graph at 4.61) predict bus patronage under franchising will drop from 185m passengers a year in 2019 to less than 140m a year in 2040, a fall of 24%, meaning one in four bus journeys will be lost. (Reference: 4.13, 4.14, 4.16)

No. The bus fleet will not become any more modern than it is today.

Under franchising the plan is to cover normal running costs. It doesn’t fund new investment. This means that in the calculations that have been made there is no additional money to invest in new, greener buses and therefore no improvements in air quality either. (Reference: p29, 4.30 iv, 4.36, 4.9)

Cost and Value for money

Through its own figures, GMCA’s proposal document shows the alternatives to franchising actually offer a better return on investment. And what’s more, GMCA is taking on a huge amount of risk to the public purse by assuming control of the bus network.  GMCA would also be liable for covering the cost of any shortfalls in revenue resulting from lower bus use and the impact of inflation on the costs of running the bus network, which will themselves increase due to the need for contract management.

The partnership proposal (the alternative to bus franchising put forward by Greater Manchester’s bus operators at OneBus) provides a better benefit to cost ratio than the franchising proposal (more than £3 in benefits for every £1 invested) without the public risk. (Reference: 4.63, Table p52). We believe taxpayers should get value for money.

How much will this cost Greater Manchester’s taxpayers?

The entire cost of introducing franchising will have to be paid for through taxes. Some of this will be made up out of general taxation, but local council taxpayers within Greater Manchester will also face a charge via mayoral precepts, council tax rises, and cuts in subsidised travel (see the new £10 cost levied on pensioner tram travel to help fund bus franchising).

According to the figures in the franchising proposal, the plan will cost at least £134.5m up to 2024/2025. This figure is likely to rise as it only covers the first phase of franchising activity (up to 2025). A contribution from central Government has also not been confirmed. It is clear that there will be substantial increases in council tax payments. (Reference: 4.63, 4.77, 4.85, 4.132)

There are many costs franchising will incur which don’t currently exist, including a layer of bureaucracy which will cost millions each year. The feasibility study has already cost over £20 million itself. The implementation process will require a range of temporary specialist consultants in areas including IT, legal, and HR and around 60 extra office-based staff will be needed for ongoing management and to monitor contract compliance. This is a cost that current bus operators do not have. The money could instead be spent on the practical improvements which would make journeys faster and more reliable, reduce congestion and improve air quality. (Reference: 4.122)

The only franchised bus network comparison in this country is London.  It loses £700m per year. This loss is covered by taxpayers (both businesses and individuals). 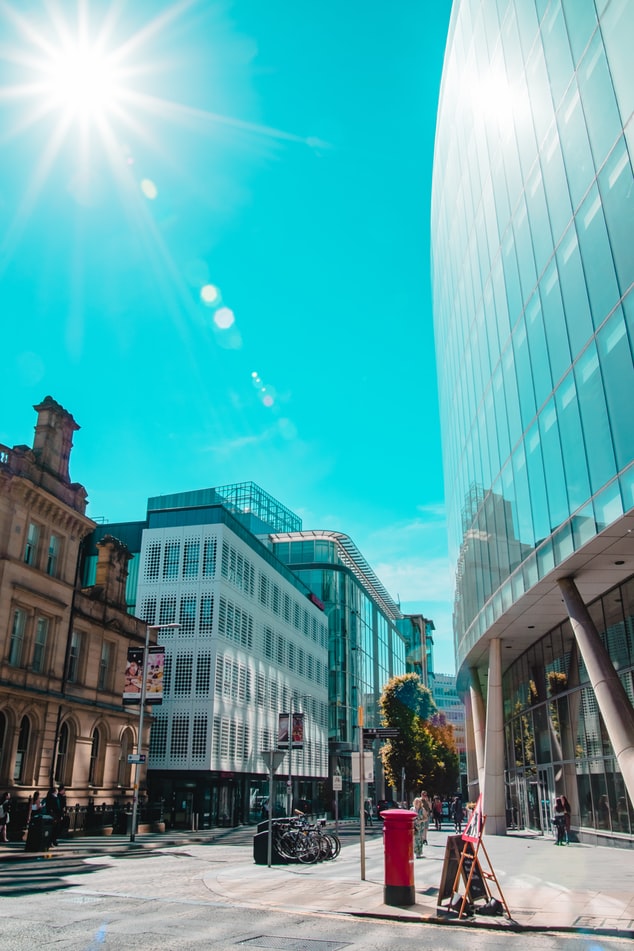 The OneBus partnership plan sets out improvements to bus services that customers want and at no public cost.

Merseyside’s Bus Partnership has seen a 15% increase in fare-paying passengers since 2013-14.  The number of bus journeys by young people has risen by 168%. Partnership in Bristol has seen passenger numbers grow by 52% since 2013

Over the past seven years, the Sheffield Bus Partnership has delivered more than a million extra adult journeys by bus.

We believe Manchester deserves better. There is another way.

Have your say in the consultation.

You can fill in a consultation survey at https://www.gmconsult.org/

Or simply email your comments to gmbusconsultation@ipsos-mori.com 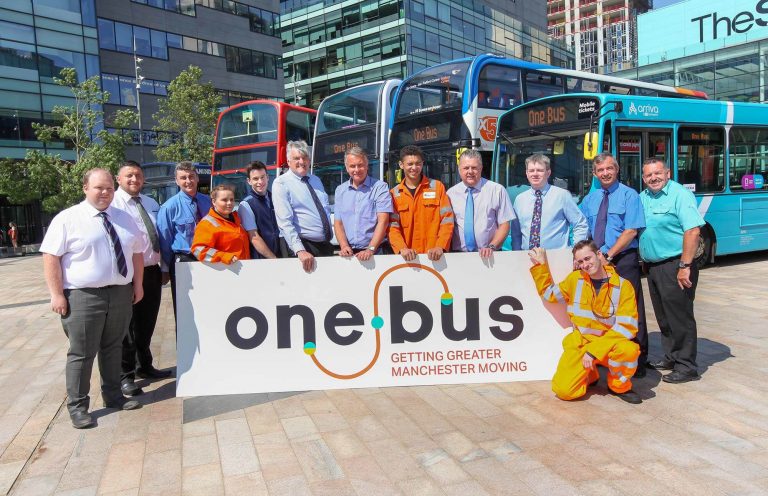